It’s June 2019, and I am sat in Padstow, reading an email from Quentin, owner of Brasserie Bon Poison, a microbrewery in Metz, France, inviting us to attend the inaugural Metz Beer Fest in October.

Where even is Metz? I thought.

A brief email conversation followed with Caron and Des, our founders/directors.

Why not? Caron wrote back.

I wandered over to the brewery, where George was digging out the mash tun – shovelling the spent grains into a big blue plastic container to be collected later by a local farmer as cattle feed.

‘Fancy going to Metz for a beer festival?’ I said, casually.

‘Where even is Metz?’ he asked.

“Dear Quentin,” I wrote.  “We are definitely up for this event.” 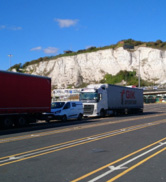 The Cornish summer passes in its usual blur and before I know it, we are sat in the van heading to Dover, a fair drive from Padstow. It’s a beautiful Autumn day, and before we know it, we are parked up in front of the famous white cliffs, arguing with the ferry staff about the possibility of taking gas considers onto the car ferry to Calais. It’s soon resolved however, and having adorned the van with giant square warning stickers, we drive on board for a well deserved rest, before picking up the second leg of the drive which will take us across France, Belgium and Luxembourg before dropping back into France to get to Metz.

About 15hours after leaving England, we arrive at Quentin’s house in a suburb just outside of Metz. He has generously agreed to put us up for the night as we are doing a collaboration with Bon Poison, the following day. And then even more generously, took us through the Bon Poison beer range. 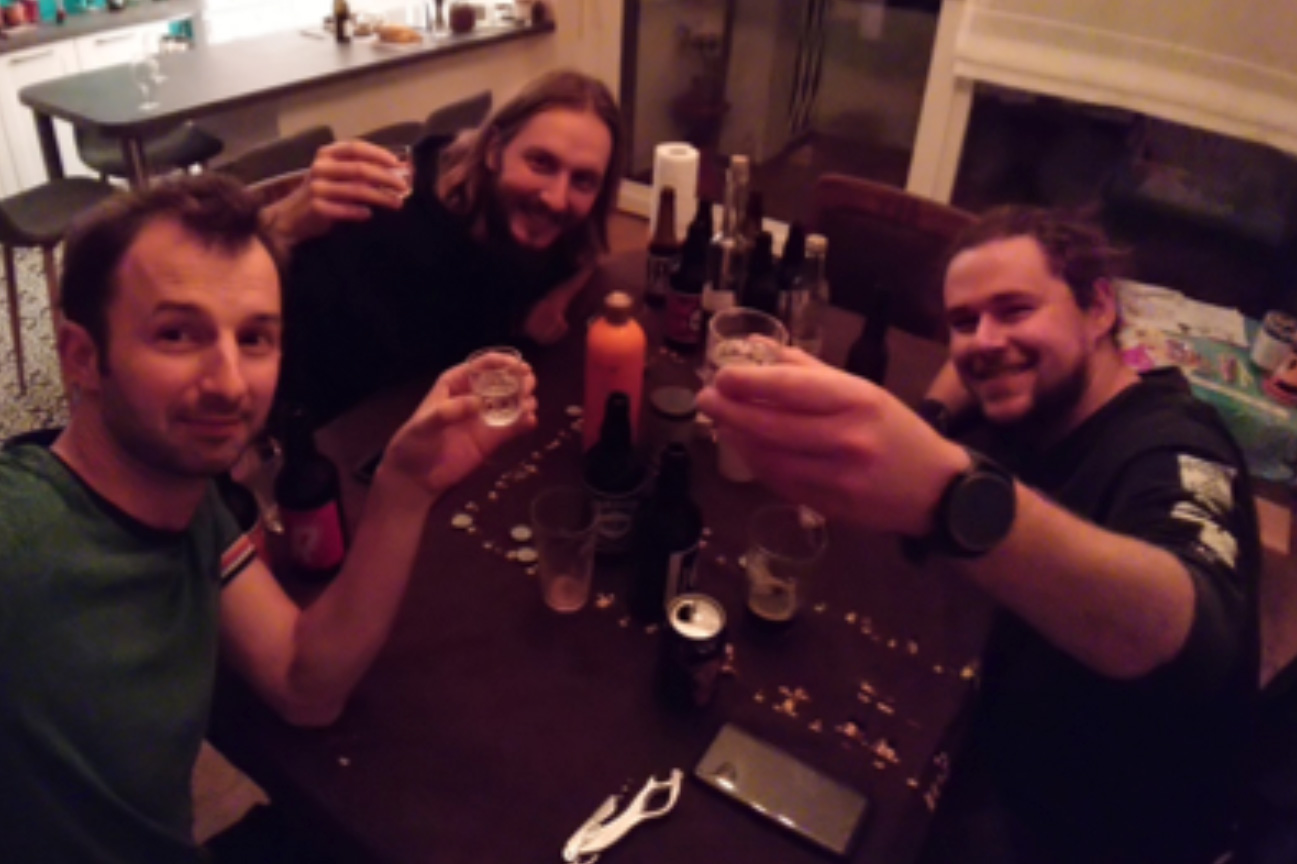 ‘We will see you at the brewery at 8am for the brew,” we agreed, foolishly.

Some hours later, I am woken by George’s phone ringing.

‘Its 8am,’ I can hear Quentin saying. 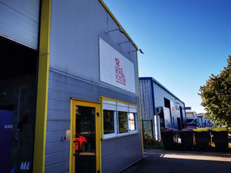 We jump back in the van and drive out to the Bon Poison brewery – a fantastic set up in a purpose built industrial unit about 20 minutes outside of Metz, and get stuck straight into the brew – an Old School English IPA.

Later that day, once hangovers had been staunched with pastries, coffee, pizza, more coffee, some beer and an afternoon nap, we headed over to Nancy to La Capsule, for a beer tasting evening. Cedric and Francois were wonderfully hospitable, and we had a great evening talking about all things beer in their well-stocked shop.

Friday morning dawned, and after breakfast, we headed to the festival venue to get set up. Held in a nearby events and arts space – La Bliida – the venue was fantastic, and we quickly got to know some of the other brewers there, including our neighbours, Bare Brewing, and their phenomenal Espresso Stout.

It soon got busy, and we quickly overcame the language barrier when speaking to the festival-goers about beer. We were well looked after, with food being provided for all the brewers in attendance.

The atmosphere was fantastic, with a brilliantly positive vibe, and the opportunity to really get to know the other breweries in attendance, from as far afield as Slovenia. After the festival finished, we headed into Metz for a few additional beer and, well, what happens in Metz stays in Metz. 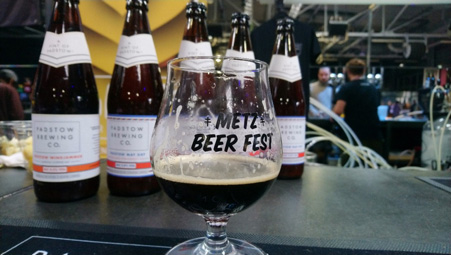 Sunday dawned too soon, and with it the realisation that we were starting to run out beer – every brewers worst nightmare – as we weren’t able to pop back to the brewery to stock up – but as the taps started to run dry at 6pm, we realised we had brought just the right amount. 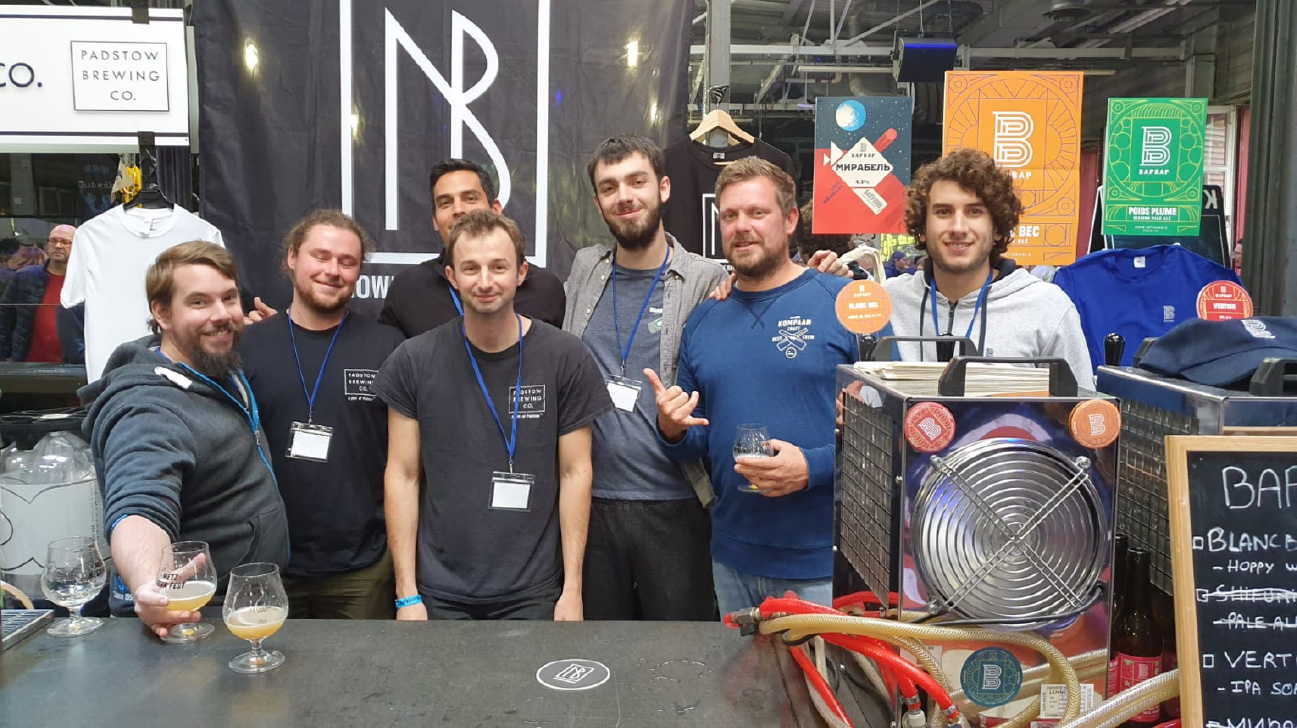 We said our goodbyes, and jumped back in the van, arriving home somewhat bleary eyed into a typically damp English Monday morning to spend a few hours in bed.

We had a fantastic time – extra thanks must go to Quentin, and all the Bon Poison team for looking after us over the course of the weekend, and to all the organisers and volunteers at the festival itself.

We hope that this is the first of many such festivals, and we intend to return!